Turning your break ups and breakdowns into breakthroughs!

Impact Of Break Up On Mens Health

Do you hit the gym, or hit the bottle?

Do you go for a run, or go for a cigarette?

Do you enjoy the freedom to achieve more, or become stuck in self pity.

Even though these scenario's appear as flip sides of the same coin, they are all choices that will have an impact on your health. Not to mention your wealth!

What choices would you make now, knowing mens future health lies in the balance?

It's OK to have a blow out. Just not every week!

Let off some steam. But it's vital to give yourself time to adjust. Late nights partying, or late nights through sleeplessness will not only damage brain cells, it will damage your health visibly too.

Simple things such as new eating and drinking habits as a result of your break up can have a gradual detrimental effect.

Are you fully aware of what you are eating? Fast food, ready meals, soft drinks and alcohol are a fast track to the hospital! Did you know that more premature deaths occur in hospital than anywhere else? (statistically speaking)

Get the essentials right and your ok. Get it wrong and you could manifest illness, disease and depression, and that is not attractive to anyone except the pharmacist. Get the picture?

Time is a great healer

Take time-off if you can. Get fit. Go to a mans health clinic for a check up. Even if you feel OK, there may be events that will knock you for six emotionally and you'll wonder why. Maybe you are quite resilient anyway, which is good news, but there is a build up going on you might not even be aware of consciously.

Look after your health, and play when it's right to play, not just because you can!

Historically, it was perceived that women were more impacted by the effects of divorce than men, both emotionally and financially. Since society has changed women are more likely to enjoy careers, and independence. Women are now in a better position to take care of themselves and their children after a divorce.

Because of this, research has recently started to focus on the effects of divorce on mens health and the results are against us guys. Research is indicating that it is no longer women who are more detrimentally affected by divorce but men who experience intense feelings of abandonment, anxiety and loneliness and, whats more, for longer periods of time!

Time to man up, and get back into action looking after yourself. Besides, what good are you to anyone laid up, laid off and with no hope of getting laid again this century!

Mens Health Challenges After Break Up

Men generally don't verbally express their feelings of sadness, guilt or depression easily. It is now recognised that "bottled emotions" can lead to physical symptoms. What this means is an unhealthy amount of cortisol, the stress hormone, is released into the body. With prolonged absorption, simply due to that resistance to emotional support, greater health challenges for men can occur, such as:

Other research indicates that life expectancies for men who have divorced are lower than average. Further, the mental health of divorced men declined dramatically in some instances, with men tending to exhibit, more hostility, deeper depression, anger, aggressiveness and addiction even years after a divorce and remarriage.

Support For Mens Health After Break Up!

So what is it that the girls do well? They talk and talk and they cry.

Women will more readily seek support from people with whom they can talk about and release their problems and feelings.

To prevent ’emasculation’ however, men generally keep silent about their fears, and don’t even think about their feelings. Mens health deteriorates and often manifests as anger. Strong feelings manifest in other ways too that are damaging to your health, your wealth and your relationships. It has the opposite effect. So man up and get talking!

Open up with a qualified coach, or therapist and you will discover yourself to be more than you ever imagined.

Its Good to talk after a break up

Simply talking about your feelings with a professional coach, councillor or therapist can help you manage your emotions through a troubling divorce. Having a good lawyer to handle the legal aspects for you, is also a massive advantage, which leaves you to focus on you!

There are schools of though that suggest marriage has a health benefit for men, and mens health challenges after a divorce are stress related.

The bottom line is that any man experiencing separation and divorce should seek support now, to avoid long-term, potentially fatal effects of depression and stress.

Optimum Nutrition can be the difference between knowing what you need to do and actually doing it. Thats why we absolutely recommend Usana Health Sciences. You cannot buy these on the high street so we'd be delighted to serve you personally.

Review The Impact Of Break Up On Mens Health from the top of this page.

Return to Our Relationship Break Up Support Centre.

Get deeper with Our Relationship Coaching Centre

DISCLAIMER: Material contained in this website is provided for informational and entertainment purposes only.

You already hold the key to a healthy loving relationship. Ready to open up and look inside?

The best things in life...

Aren't always for free. They are a phenomenal value exchange!

Checkout with some great audio products and e-books to downloads and keep.

Contact me for more information on optimum nutrition through USANA Health Sciences.

Someone you know is experiencing relationship break down, or even a break up. Send them the gift of a Relationship Breakthrough Coach!

Give yourself a free life audit with the breakthrough wheel of life coaching tool.

Do you share our passion for relationships? Do you have services to offer our visitors? Contact Us (see below)

Knowledge is the Key

Books that have shaped relationships across the globe, including mine! These are great offerings to inspire and motivate you. Read it and weep, (tears of joy!) 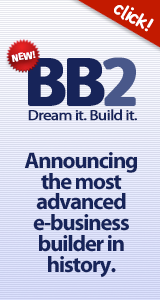 Let us know how we can best support you. Living your dreams is our goal!

Relationship Breakthroughs occur when we come together with our great services. Contact Us to discover how you can leverage this site and promote your business.